SOLD – Gossip in the Sanctuary by Varnette Honeywood 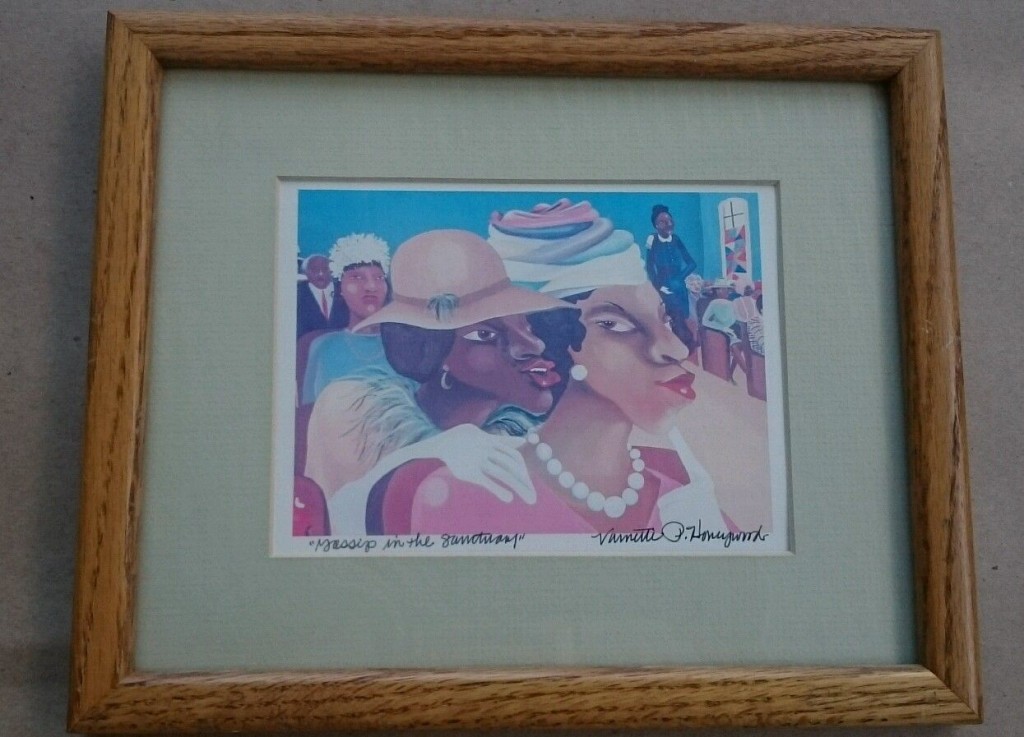 Varnette Patricia Honeywood (December 27, 1950 – September 12, 2010) was an American painter, writer, and businesswoman whose paintings and collages depicting African American life hung on walls in interior settings for The Cosby Show after Camille and Bill Cosby had seen her art and started collecting some of her works. Her paintings also appeared on television on the Cosby Show spin-off A Different World, as well as on the TV series Amen and 227.
Back to Art for Sale