Queen by WAK – Kevin A. Williams 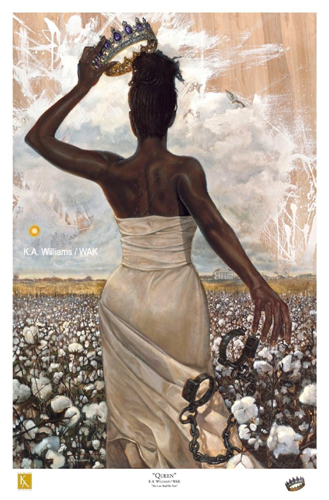 Kevin A. Williams recent years have included commissioned work for celebrities, such as televisions host and movie producer Oprah Winfrey and comedian Bernie Mac, as well as corporate clients. He formed SoulVisions in May 2003.
Back to Art for Sale