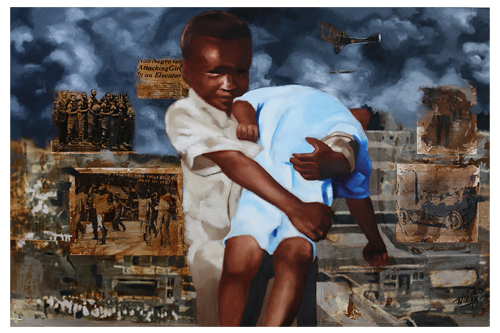 Thomas Williams started drawing at the tender age of 12, after comic books had piqued his interest in the ability of the pictorial to convey meaning and further a narrative. His high school years were devoted to tutelary having concentrated on the trade, tools, and techniques of commercial art, including an enthusiastic exploration of painting and airbrushing. Williams declined an invitation to attend the Art Institute of Chicago in 1983, opting instead to pursue his artistic training at Chicago’s American Academy of Art, where his concentration had been in rendering the human form. During the course of Williams’ formal education, he had been introduced to the joys of depicting landscapes, and he has been drawing them ever since. Williams had continued his scholastic endeavors at Chicago’s Columbia College, where his studies had focused on illustration, design, and figure drawing. His entrepreneurial efforts began during his early years, wherein he sold original airbrush creations as a teen; for the past fifteen years, Williams has worked in the profession of advertising, dedicating his free time to watercolor workshops and artistic creations in colored pencil, acrylics, and oil paints of a more personal vein. Williams has also drawn the comic “Shoplife” for Shoptalk magazine.