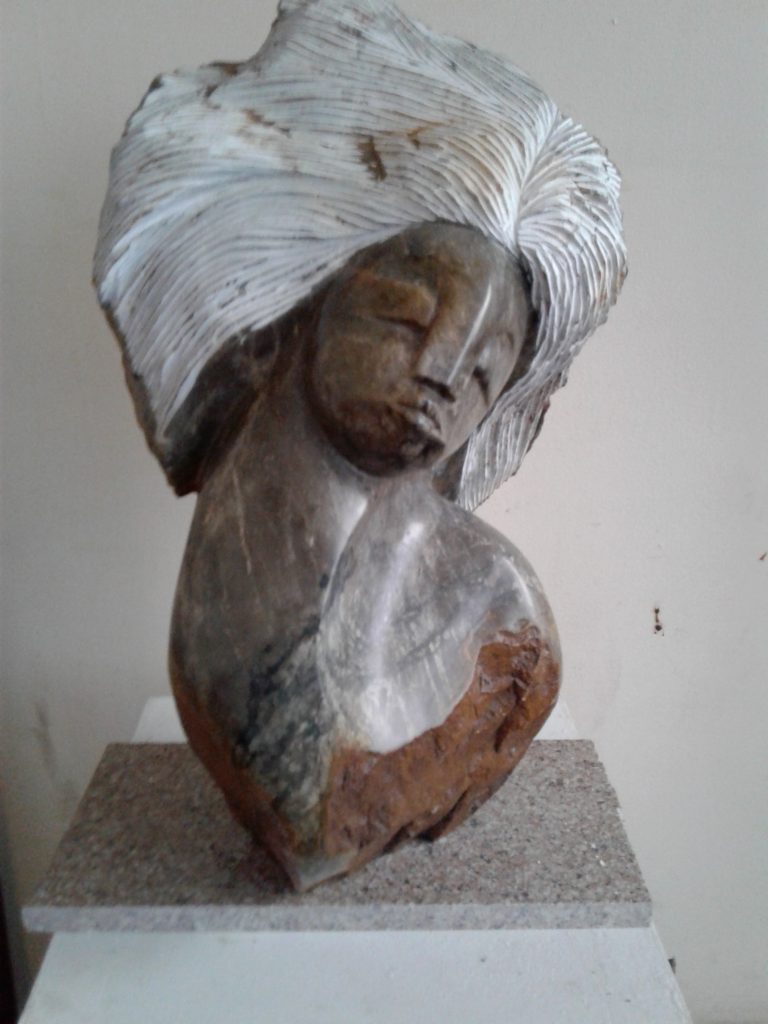 Modern African sculpture is not “traditional”, although much of its subject matter has traditional roots. During the precolonial era, local inhabitants were already artistically predisposed, fashioning works from various natural materials such as fibres, wood, clay, and stone for functional, aesthetic, and ritual purposes. Numerous stone artefacts such as the Zimbabwe bird from the Great Zimbabwe state of the late Iron Age bear testament to this. Prior to the opening in 1957 of the Rhodes National Gallery in Salisbury, its first Director, Frank McEwen, met with Thomas Mukarobgwa, a young native steeped in rural knowledge and spirituality, and offered him an opportunity to pursue a career in art. Mukarobgwa became “the perfect mentor to guide the director of the new gallery into the ways and mores of the African people.” It was an introduction to local artist Joram Mariga and his early soft stone carvings that prompted McEwen to encourage early soapstone carvers to create works that reflected their culture. The Workshop School established by the gallery soon attracted more artists, many of whom had already been exposed to some form of art training from early mission schools and were established art practitioners. These included Joseph Ndandarika, John Takawira and Kingsley Sambo. The budding art movement was relatively slow to develop but was given massive impetus in 1966 by Tom Blomefield, a white South-African-born farmer of tobacco whose farm at Tengenenge near Guruve had extensive deposits of serpentine stone suitable for carving. A sculptor in stone himself, Blomefield wanted to diversify the use of his land and welcomed new sculptors onto it to form a community of working artists. This was in part because at that time there were international sanctions against Rhodesia’s white government, then led by Ian Smith, who had declared Unilateral Declaration of Independence in 1965, and tobacco was no longer able to generate sufficient income. Appropriately, Tengenenge means “The Beginning of the Beginning” — in this case of a significant new enterprise.
Back to Art for Sale