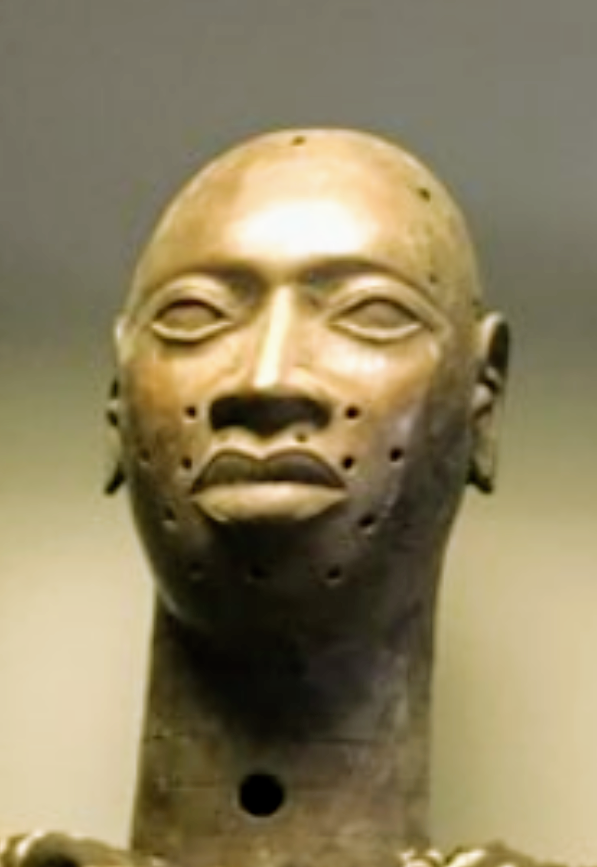 The Benin Bronzes are a group of more than a thousand[a] metal plaques and sculptures that decorated the royal palace of the Kingdom of Benin in what is now Nigeria. Collectively, the objects form the best known examples of Benin art, created from the 13th century onwards by the Edo people, which also included other sculptures in brass or bronze, including some famous portrait heads and smaller pieces.

Most of the plaques and other objects were looted by British forces during the Benin Expedition of 1897 as imperial control was being consolidated in Southern Nigeria.Two hundred pieces were taken to the British Museum in London, while the rest found their way to other European museums. A large number are held by the British Museum with other notable collections in Germany and the United States.

The Benin Bronzes led to a greater appreciation in Europe of African culture and art. Initially, it appeared incredible to the discoverers that people “supposedly so primitive and savage” were responsible for such highly developed objects. Some even wrongly concluded that Benin knowledge of metallurgy came from the Portuguese traders who were in contact with Benin in the early modern period. The Kingdom of Benin was a hub of African civilization long before Portuguese traders visited, and it is clear that the bronzes were made in Benin by an indigenous culture. Many of the dramatic sculptures date to the 13th century, centuries before European contact, and a large part of the collection dates to the 15th and 16th centuries. It is believed that two “golden ages” in Benin metal workmanship occurred during the reigns of Esigie (fl. 1550) and of Eresoyen (1735–1750), when their workmanship achieved its highest quality.

While the collection is known as the Benin Bronzes, like most West African “bronzes” the pieces are mostly made of brass of variable composition.There are also pieces made of mixtures of bronze and brass, of wood, of ceramic, and of ivory, among other materials. The metal pieces were made using lost-wax casting and are considered among the best sculptures made using this technique.