Eye Is the Window to the Soul by David Lawrence 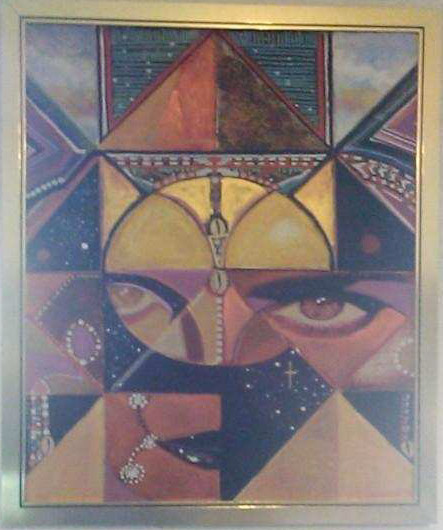 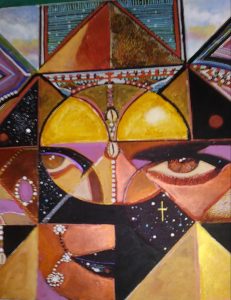 Born in Brooklyn, New York, David J. Lawrence is a recipient of the prestigious “Creative Arts Award” of New York.  This renowned artist believes that “the sign of a genuine work of Art is that it can stir our unconscious feelings and past emotional experiences, while also inspiring self-awareness and cultural integrity”.

By virtue of this definition, David has blessed us with an enormous array of “genuine works of Arts”.  David is recognized as a major contributor to the art of the 20th century because of the brilliant manner in which he visualizes his objects and scenes.

David has had a life long ambition to be a professional artist. He has achieved this goal in such a manner that he has launched a national and international market for his originals and reproductions.

Talent, coupled with an academic journey to refine his gift, has resulted in David’s name being mentioned as one of the most influential artist of our time.  This quintessential American artist trained at the High School of Art and Design, and the prestigious Art Students League of New York, where fellow alumni include Romare Bearden, Jacob Lawrence, Norman Rockwell, and Georgia O’Keefe.  He also attended Long IslandUniversity, studying professional art and illustration.

He regards works done by legendary collagist, Romare Bearden, and European masters Pablo Picasso, Braque, andHenry Matisse that has helped to inspire the unique style used in his paintings.  David works in many mediums such as Airbrush, oils, and Acrylics that bring together a collage of techniques and integrating them into styles such as:  Abstract, Cubism, Figurative, and Futurism.  His recent series of works combines the Sciences of Astronomy, Numerology, Geometry, and Physics with the imagery, symbology, textures, and patterns of Indigenous cultures in his own unique style “Pyramidism”.

The context of the multicultural contemporary art created by Mr. Lawrence is based on spiritual and cultural motifs within the ancient cultures around the world.  To assist in this effort, David collects African Sculpture and other African artifacts.  The African artifacts he chooses are the tools and references, which reflect the art form, used in many of his dynamic paintings.  He states,“Utilizing historical African Art as a reference guide helps to enhance my knowledge of traditional art and gives me a better understanding of cultural history, which allows me to teach others through my paintings”.

David’s work hangs in galleries throughout the United States, as well as in Europe, Barcelona, and Italy.  He has also promoted and shown with members of the first nationally acclaimed African-American artist group of Philadelphia “Mixed-Media”.