Builders No 3 by Jacob Lawrence 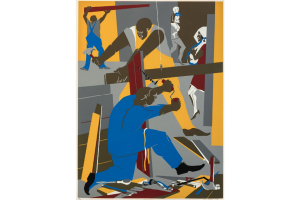