NOTE: Some of these prints have small “wear and tear” spots om them. Very minor. 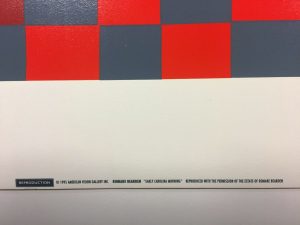 NOTE: Some of these prints have small “wear and tear” spots on them. Very minor.