Heart of the Day by Ellen Powell-Tiberino 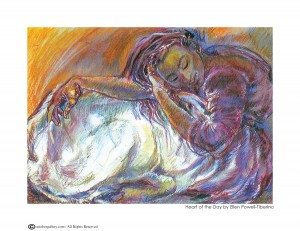