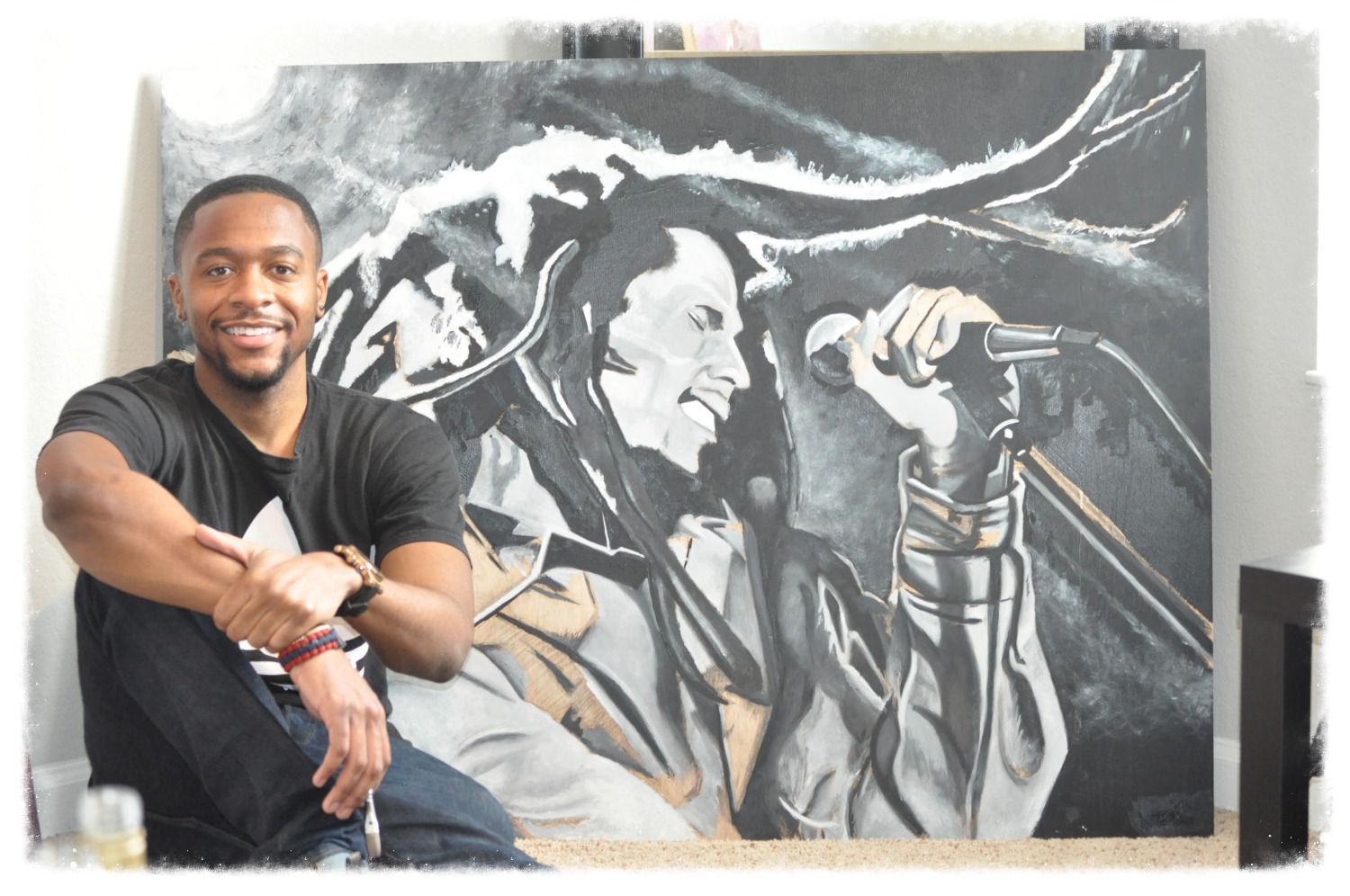 Keith Evans was born in The Bahamas to Samuel Keith Evans and Karen Evans. His passion and innate ability as an artist was recognized early by his mother when she discovered sketches he made depicting his father’s early morning work routine. At that time, he was just 3 years old. His love for art continued on throughout his childhood years as he would often spend time drawing with friends at school and privately at home. During his high school years, he attended St.Andrew’s School, the international school of the Bahamas. His experiences there led him to developed a love for culture.

These moments of enlightenment and new found clarity encouraged him to continually cherish and embrace cultural differences. As his love of culture grew, so did his interest in pop culture. He understood the universal effect that pop icons and pop culture had on the world. It functioned as humanity’s melting pot, where commonalities outweighed differences. He continued to build on this idea while studying at the University of Tampa, making these concepts the primary focus of his art. His vision is to blur the lines that divide humanity; To prove that at the core of each human spirit is the propensity to become their greater self and to contribute toward a greater good. He believes that the reason we love pop culture and pop icons is because “the moments they provide us with show how beautiful our own personal experiences can be.