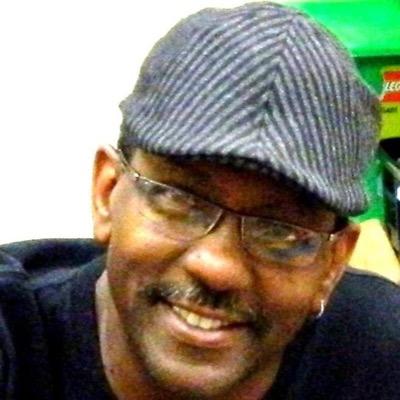 Ahmed started, As I See Art, in 2006. His first oil painting was chosen to hang on the wall of a bank in Abilene, Texas; he was 16 at the time. Although he holds a BA in Business, art is his passion; his gift. He enjoys using bold colors, dark lines and splats to express his mental picture. His works have been shown in group exhibitions with such artists as Annie Lee, Frank Frazier, Charles Bibbs and Ted Ellis. In 1977 he started work as an editorial artist at the Abilene Report News. Five years later he did the artwork for an Abilene magazine that spotlighted the Michael Jackson Pepsi tour. Some of his work displays faceless subjects which might symbolize his lack of discrimination. Ahmed is a Jazz enthusiast and his expression of Billie Holiday, Miles Davis, and Oscar Peterson are eternal. Logos of Big Country Chevrolet, Big Country Oil Association, Mayfest Art Festival, and Halftime Sports were all designed by Ahmed. ..